Gardening is Biology – Not Chemistry

Natural biological control takes place continuously, in its own unique way within every ecosystem. Using a garden as an example, biological pest control would include: 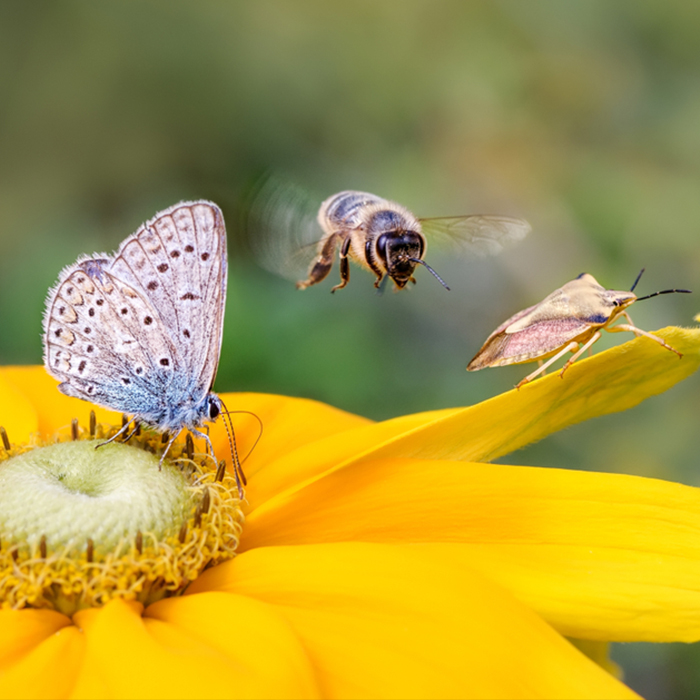 Biological products contain the naturally-occurring enemies of crop pests and diseases, as well as organisms that facilitate improved root growth and nutrient uptake. These living organisms may be fungi, bacteria or viruses, in environmentally friendly and easy-to-use formulations.

Although perceived as a relatively new science, this technology dates back to the late 19th century. The current and growing demand has been driven, particularly in the agricultural industry where food safety and environmental concerns have led to what developed in the last 100 years as traditional pest control, to become less and less viable. Also, the research and technology supporting its development and successful implementation is extensive and has come a long way since those early attempts. The process of identifying, screening, isolating, testing and mass-producing microbes can take decades.

For biological products to be sold commercially, they need to adhere to the same stringent controls as synthetic products in terms of efficacy and application.

Several strains of fungi and bacteria have been identified to be effective in the control and management of pests and diseases. Each has a unique mode-of-action, for example, the fungal spores of Beauveria bassiana attach and penetrate through the ‘skin’ of whitefly, spider mite and various other insect pests when contact is made. The fungus grows and multiplies inside the insect, ultimately resulting in death. Similarly, beneficial bacteria Bacillus amyloliquefaciens colonise plant surfaces, occupying space at potential infection sites, utilising nutrient sources and making it difficult for pathogens such as Powdery mildew to get established.

(perhaps as a side note) In 1987, one of the first successful biological introductions was implemented locally against the invasive alien Port Jackson weed (Acacia saligna). The natural enemy, a rust fungus called Uromycladi-un tepperaianum, was imported into quarantine from native country Australia. After rigorous testing to ensure host specificity, the rust fungus was successfully established throughout South Africa and is significantly limiting its spread. Later, in 2001 a seed-feeding weevil was introduced which reduced the amount of seed being produced.  This example of biological is sustainable over the long term and has significantly reduced costs in comparison to mechanical and chemical control.